Overcoming Silence For More Than Half the Church 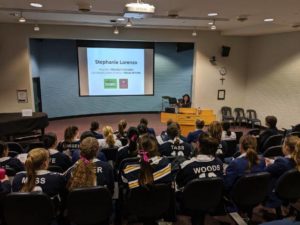 If you asked me a year ago about the role religion and faith play in my life as a 32 year old, I would have laughed it off and likely told you about my parents daily prayers for me to find a husband. My parents, devout Catholics who you’ll find in the front row of their parish weekly, migrated to Australia from the Philippines in the 1980s. They wanted to give their three daughters the best possible opportunities in what they heard was a safe, stable and beautiful country. My dad studied at TAFE, got a building licence and built houses for a living so that he could earn enough money to send his three daughters to a private Catholic school and then to university. I realise how lucky I am to have not paid for my education,and seeing my parents work so hard every day instilled in me a work ethic that led to a solid career throughout my 20s.

So forgive me if I find it a little ironic that as soon as 30 kicks in for their youngest girl, the prayers change from ‘we pray she finds a good job, does well in her studies and finds the right house to buy’ to ‘please God let her find a husband and settle down’. I chuckle, and then ask myself, should I blame them? Isn’t this what most societies, irrespective of their culture and outlook, seem to agree on – that a woman’s role is to bear children, stay at home and raise them? Now before you roll your eyes and turn the page, I’ll admit that my 33 year old self without a doubt wants to have children and I’d like to be able to stay home with them in their early years. However I can’t help but wonder and fear what major changes having children will mean for my career as a woman and my ability to continue on my professional trajectory.

I think about what roles will be available to me when I am ready to go back to the workforce. Will the workforce understand my needs as a parent, will it allow me flexibility, support in training and skill development, help to build my confidence so that one day I might lead the ranks? More than likely not, although I’ll give credit to the Australian government and businesses who have acknowledged this real conundrum for many women. Yet there are still too few examples of it working in practice to equal the playing field and address the gender gap of women at the top.

And what about the Catholic Church? Why is the issue of women’s participation in leadership and decision making roles within this institution such a blind spot? Is it because of the narrow view that has been painted for us over the centuries, a view that’s been embedded into societal and cultural norms? Please don’t misread my point here, I am not trying to diminish or undervalue the role motherhood is. I simply want to be able to know that there are leadership roles that are a possibility for me, after I have kids, that my career actually continues, not stalls, if I am willing to work for it. For a Church that values motherhood so highly, I would hope they realise the new perspectives, skills and understanding that this life-giving experience could bring to the top. So when can we start to question these norms? What are the possibilities to expand them and how can we better form them for the next generation?

I only realised the full force of gender inequality in the leadership of the Catholic Church, when I started working for ​Voices of Faith​. Voices of Faith is a global initiative that is focused on empowering and advocating for religious women and lay people, to have a seat at the table and be part of the decision making structures of their Church. These are roles that are theoretically open to them today, but are almost impossible to access for a variety of reasons including the clerical culture of the Church, and the brotherhood that has protected their own to the point of evading justice when crimes have been committed. It’s a brotherhood that fears change and loss of power. But before I lay blame to only one group, we must look ourselves in the mirror. The millions of lay Catholics unknowingly conforming to the status quo of that patriarchy and remaining silent on the issue. History points to how easily power structures that are cut from the same cloth, left unchallenged and without transparency, accountability or diversity in thought, perspective and skill set, become corrupted. It’s not a matter of if, but when. The sad fact is, this last decade we have watched absolutely shocked at the unravelling of what the leadership of the Catholic Church enabled in the global abuse crisis; aiding sex offending priests and covering their crimes which led to thousands of innocent lives broken. The moral authority that the Church once stood for, defended and preached, was exposed as hypocrisy at its finest. 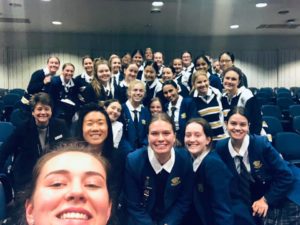 So where do we even start to effect change?

Well, did you know that nuns, who outnumber brothers almost 10 to 1 globally, whose female superiors have the same canonical status as brother superiors, do not have the right to vote at synods convened by Pope Francis?

Did you know that ​women make up less than 3% of leadership roles​ in the Roman Curia, even though there is nothing in canon law that stops Pope Francis from naming a female cardinal?

It is women who make up over 60% of the membership of the Catholic Church, who statistically speaking are more likely to bring their children up in the faith and whose volunteering hours keep parishes alive. However did you know that in 2019, women are still not welcome to sit at the table of its male leaders even in regards to decisions that directly affect them? It would seem, that their opinions, expertise and perspectives do not matter.

I believe most people of faith, and most Catholics specifically would agree that it makes no sense that decisions affecting us all, cannot be voiced by only half of us. By excluding ​female voices from the decision making of one of the largest institutions in the world, half the Church remains silent.

Enter the ​Overcoming Silence​ campaign, Voices of Faith’s first step in targeting millions of Catholics who may or may not realise how rampant gender inequality is in our Church. This online campaign urges you to commit 1 minute of action for change by uploading a photo of yourself and writing a short message to our current leaders demonstrating the urgency and importance of this issue for our Church. Our hope is that by International Women’s Day 2020 this visual petition will have collected thousands, even millions of messages to present to Pope Francis and Curia leaders.

The Overcoming Silence website​ brings together Catholic women and men, as well as nuns, brothers, priests and we even have our first Bishop, who want to see women form part of the decision making and leadership of our Church. It contains free educational resources​ focusing on the campaign’s ​three goals​, that can be easily downloaded and used at your parish, school or community group. More resources will be added throughout the year, helping educate Catholics on the gender gaps in leadership that can and must begin to change.

I fall into the camp of, dare I say, the millions of disaffected cradle catholics that go to mass every so often, tick the Catholic box on a census and turn to God in times of crisis. Call it selfish, call me a smorgasbord Catholic, call it whatever you like, but there is no denying that this is the way so many live out their faith. So how do we bring relevance, interest, discernment, dialogue, morality and most of all hope back to their lives? How do we convince women their perspectives and expertise belong at the top, before it’s too late? How do we bring young people back, who have strayed even further and who now tick the atheist box?

Here’s one solution, show them half the human race is welcome at the table.

Stephanie Lorenzo is the Communications Director of Voices of Faith, whose mission is to build a prophetic Catholic Church where women’s voices count, participate and lead on equal footing with men. At 21 years old she founded a charity called PROJECT FUTURES and through engaging her peers went on to raise millions of dollars for victims and survivors of human trafficking in Cambodia, Australia and Nepal. She is a volunteer Board Director of Loreto Normanhurst and The Generations Foundation and lives in Sydney, Australia.

Overcoming Silence For More Than Half the Church