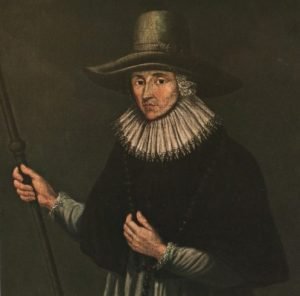 The Institute of the Blessed Virgin Mary, colloquially known as Loreto, was established along with its sister branch, the Congregation of Jesus, by Mary Ward in 1609. Mary envisioned a Catholic religious order of women, led by women free to actively work in their mission to educate girls. Born in York in 1585, Mary Ward travelled to St. Omer, then part of the Spanish Netherlands, to find religious freedom and to gather a community of like-minded women to begin her work. Her lifelong battle for recognition of her Institute led to imprisonment and suppression of her Institute by the Church. However, in spite of these hardships, during her lifetime she established convents and schools in London, Liege, Cologne, Treves, Rome, Naples, Perugia, Munich, Vienna, Pressburg and Prague. Over forty years after her death, Mary Ward women founded a convent and school in York, The Bar Convent, in 1686, when the Penal Laws restricting the Catholic faith were still in force. An Irish woman, Teresa Ball, completed her novitiate at The Bar Convent and was asked by Bishop Murray to establish the order in Ireland. Founded in 1821, Loreto Abbey Rathfarnham was the first Irish foundation. It was Teresa Ball who gave the order its ‘Loreto’ name, originally spelled with a double ‘t’; named after Loreto in Italy, a place of Catholic pilgrimage. Teresa Ball established foundations within Ireland and around the world, sending her Sisters to Gibraltar, Mauritius, Canada, India, Manchester and Cadiz.

In 1872, the state of Victoria introduced the Education Act. This Act made education free, compulsory and secular but removed state funding from non-government schools. Without government funding, the new bishop of Ballarat, Bishop Michael O’Connor, anticipated difficulties establishing and staffing Catholic schools. As the past parish priest of Rathfarnham, he knew the Loreto Sisters and their schools well and invited them to come to Ballarat. Mother Gonzaga Barry and nine companions arrived in Melbourne on 19 July 1875 and travelled to Ballarat the next day. Mother Gonzaga purchased a property in Sturt Street from Edgar Agar Wynne, a two-storey classical-style house on the banks of Lake Wendouree. On 24 September 1875, the first Mass was held at Loreto Abbey Mary’s Mount, now Loreto College Ballarat, and the foundation was officially opened. Mother Gonzaga was an innovative educationalist who believed in comprehensive education for girls, providing for both practical and academic curricula in Loreto schools. In her lifetime, Gonzaga founded schools in Ballarat, Melbourne, Portland, Sydney, Perth, Hamilton and Adelaide, as well as kindergartens and teachers’ training colleges.

Loreto Ministries was established in 2015. It was created to manage the governance responsibilities for the education works of the Loreto Province of Australia and South East Asia. Loreto Ministries is a not-for-profit public company limited by guarantee and a registered charity with the Australian Charities and Not-For-Profit Commission. Its Board of Directors supports the ongoing mission of Loreto in Australia and South-East Asia.

To learn more about the history of Loreto please visit the Loreto Archives.

Feature Image: the ‘Institute Tree’ – a large oil painting of a tree bearing the fruit of the IBVM and CJ foundations made from the establishment of Mary Ward’s Institute in 1609.