From Normanhurst to Hollywood

Past Loreto Normanhurst student, Jessica McNamee began her acting career on much loved Australian television programs ‘Home and Away’ and ‘Packed to the Rafters’. After these roles, Jessica displayed her range as an actor performing in Horror Film, ‘The Loved Ones’, Romantic Comedy ‘The Vow’, Crime Thriller ‘Locusts’ and also playing legendary Australian Tennis player Margaret Court in the biographical sports film, ‘Battle of the Sexes’. Her next role as Sonya Blade in the upcoming ‘Mortal Combat’ movie sees Jessica add action hero to her repertoire. We recently asked Jessica to reflect on her career to date and the impact of her experience as a Loreto student.

Can you identify some key shaping influences that have led to your personal and professional success?

My competitive nature was harnessed in school. I was never as competitive with others as I am with myself, however, a bit of healthy competition both academically and across the different sports I played has helped me fight and persist in an often soul-crushing and competitive industry.

Friendship is one of the biggest influences. My friends from Loreto are still some of my best friends today. They have known me since before I started in the industry and they continuously support me and keep me grounded if I am getting a little big for my britches.

Having mentors in teachers. I had a couple of teachers who just believed in me from the outset. My music and choir teacher Noni Katada definitely kept me on the straight and narrow. She nudged me to keep pursuing my talents during school and reminded me that there could be some form of career for me in the arts. I put that poor woman through hell with my unfocused creative mind.

What has been the highlight of your career to date?

I would say my most recent role – Sonya Blade in the soon the be released Mortal Kombat movie. I really fought for this role and finding out that I had booked it was one of my most precious memories to date. Not only is she an iconic and beloved character in the video games but she is one tough cookie. She certainly knows how to hold her own, can kick some butt and doesn’t suffer fools easily. A strong female lead which, unfortunately, isn’t the type of role that comes around too often in Hollywood. 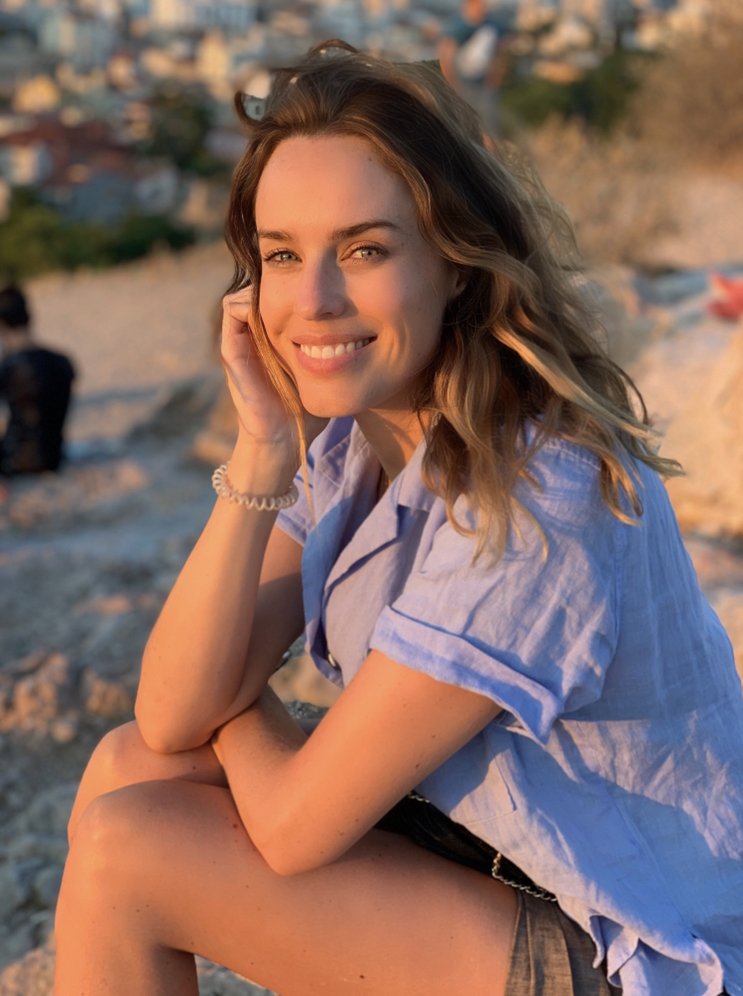 How did your Loreto education prepare you for this career?

One of the most amazing things for me about Loreto was the continued affirmation that women can do anything they put their mind to. Sexism or the ‘glass ceiling’ was something that I was only really exposed to after leaving school and going out into the workforce. Being that the entertainment industry is still considered one of the least progressive industries out there, it was all a bit of a rude shock. However, my Loreto education prepared me to not take no for an answer. To recognize that rules (and ceilings) are made to be broken. That I don’t need to take roles for the sake of working, but rather can back myself and wait for the right roles to come along. And… that I really miss collaborating with women.

You have acted across a diverse range of television and film productions from our own ‘Packed to the Rafters’, to US series ‘Sirens’ to films such as ‘The Vow’. Soon you’ll embody hero, Sonya Blade in the action film ‘Mortal Kombat’. What elements do you look for in a role before you take it on?

I touched on it before but truly it is not always a case of what elements do I look for, as much as what is available? There has certainly been a movement in the last couple of years in Hollywood for equal representation for both women and people of colour but we still have a long way to go. So, in an ideal world, I would love to be playing a huge range of roles. I would love to be able to play complex and flawed women, roles that I can relate to and ones that I cannot. Part of the fun of my job is getting the opportunity to put yourself in someone else’s shoes, particularly someone that is nothing like you. However, there is still a lack of complex roles available to women. It is not uncommon to get an audition through with “girlfriend of lead man” in the description. Not cool. So roles that stand on their own and are complex – not just there as two-dimensional characters to service the male storyline. Those are the ones that I am looking out for!

Can you comment on the power of movies and story to inspire people in these challenging times?

My favourite thing about any kind of artistic expression is the way that it makes me feel. I remember being a little girl and having overwhelming reactions to the movies and theatre that I watched. It is the reason I was so drawn to this business to begin with. I loved the idea that I could potentially move someone the way that I liked to be moved. This seems particularly relevant now. I love the notion that when the world seems to be closing in on itself, anyone can turn on the TV and be transported to another place or dimension, that for those few hours anyone can escape whatever trials they are working through. So, you better believe the next time I see someone on Twitter or elsewhere giving an actor a hard time for having a political opinion or a voice – I will gladly remind them that us actors and filmmakers are the ones that got most of you through the boredom of this pandemic!

What message would you give aspiring actors in Loreto schools?

Be as creative as you can right now and take advantage of all of the programs offered to you! My love for the entertainment industry came from my days performing with my best friends in the Loreto Choir, doing musicals and plays at Riverview and other boys schools, learning about the classics in drama class and rehearsing and performing at Loreto Music festivals. The bonus is that some of my best friends today are the people I shared those experiences with.

What does it mean to you to be a ‘Loreto girl’?

Sisterhood. Supporting and lifting each other up as well as being proud of each other’s successes and differences was something that I learned at Loreto. Being talented at something shouldn’t be a threat to anyone else. Playing down your strengths because someone else has self-esteem issues was something I had to unlearn when I started at Loreto. I came to realize that having common interests and using these commonalities to collaborate was part of my experience as a Loreto Girl. And… that there is enough success to go around!